An exclusive opportunity to experience what it is like to be part of an actual Crime Scene Investigation team in the hunt for a murderer! 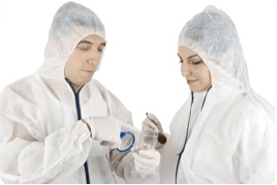 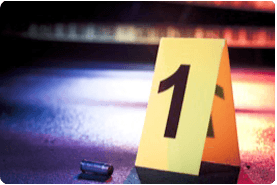 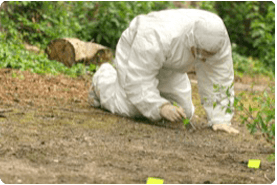 What’s It all About?

A foul murder has been committed but no matter how hard the killer tries to cover their tracks, they will always leave clues at the crime scene that ultimately lead to their downfall. But can guests find them in time and reveal the murderer’s identity?

In this unique two-part Murder Squad – Interactive Team Challenge, guests will initially be part of the CSI team utilising methods and equipment currently employed by police forces in the UK and abroad including fingerprint identification, fibre and blood spatter analysis. With meticulous attention to detail, the event is lead by professional forensic scientists who will teach guests the methods and technicalities of CSI.

A host, the Detective Inspector and the suspects are all played by professional actors who will guide guests in their quest for information. Dressed in full protective Scenes Of Crime Officer clothing, guests will move around the venue visiting various crime scenes and gathering evidence, which you then take back to the incident room for analysis. Guests will then need to act as detectives to interview witnesses and suspects before you complete your case notes and unmask the murderer.

1. A single daytime event as described above or,

2. Continue into the evening: guests bring forward their detective case notes for a light hearted murder mystery over dinner when the suspects from the case are interviewed and guests have the opportunity to gather more facts, incorporate your CSI evidence from the daytime session and finally conclude the case where one team could walk away with the top detective award!

11.30 Group splits into teams and is filled in on the crime

16.30 Teams report their finding to the instructor

16.45 Teams receive a debrief and the mystery is revealed

Showreel of the day’s adventures, please contact LYC for an exact quote.

Enquire about our event or yacht today