This dramatic indoor/outdoor team building event captures the imagination of guests and immerses them in a thrilling game to crack the curator’s code. 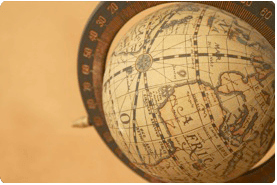 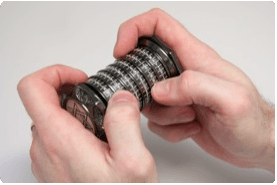 What’s It all About?

The challenge is all the more absorbing as the entire challenge is set within the grounds of Beaulieu Estate. The estate stands on the remains of a Cistercian Abbey, founded at the start of the Thirteenth century when King John gave the land to a group of Cistercian monks. Added to this are the game’s artefacts, clues and genuine works of art, which all add to the heightened sense of reality that teams will experience as they race around Beaulieu Estate.

Working out how the clues fit together requires the input of every member of your team because the clues are hidden in very different ways. Some use word play, others require skilful observation, some require dexterity, others benefit from attention to detail.

The event suits groups of between 8 and 350 people. Everyone mixes and mingles throughout the event as trails cross other teams’ paths as they compete to be the first to crack the code.

The event lasts minimum 2 hours and maximum 6 hours depending on the time available. The number of museum exhibits each team visits will depend on the total number of participants and the amount of time you have.

Each team is established as expert code-breakers who have been called to a murder scene in a museum. Details of the brutal murder of the museum’s curator are revealed to the guests as they are played the last words of the victim on a recording. This is the first clue!

Each team has a unique cryptex (a handheld encryption device). Teams learn that the curator was a significant player in a secret society and that the identity of the assassin is hidden in works of art exhibited around the museum.

Team must plan their own investigation of the museum’s historical artefacts. The aim is to be first at cracking the code to identify the killer

14.00 Group meets at the venue and is briefed by the Professor

14.10 Groups split into teams and given their quest packs

16.45 Teams return to the venue and hand in their packs for marking

17.00 Debrief, grand reveal and prize giving for the winning team

Showreel of the day’s adventures, please contact LYC for an exact quote.

Enquire about our event or yacht today